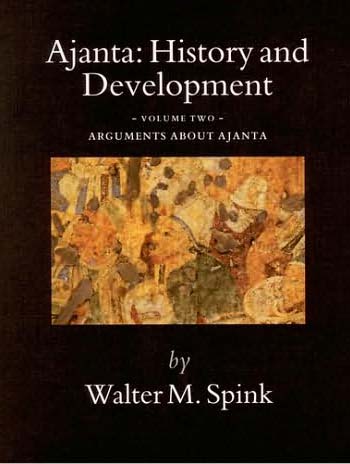 Volume II begins with the contentious yet challenging views criticizing Spink’s so-called “Short Chronology” for Ajanta’s later phase.  After attempting to counter these argument in general terms, the author presents a detailed analysis of the form and development of Cave 26, as a model upon which his other arguments are built. The second part deals with the dramatic impact of the emperor Harisena’s death upon the chaotic life of the site in its final few years of patronage. The third section considers the attitude of the Vakataka patrons toward the usage and redecoration of the old Hinayana caves at the site.  A comprehensive Appendix on Ajanta inscriptions, prepared by Richard S. Cohen, concludes the volume.

This volume in Brill's renowned Ajanta series discusses contentious views on Ajanta's development, the often-dramatic changes in patronage, and the intriguing problem of why Ajanta's original (Hinayana) caves were not refurbished by the Vakataka. A comprehensive appendix on Ajanta inscriptions is also included.