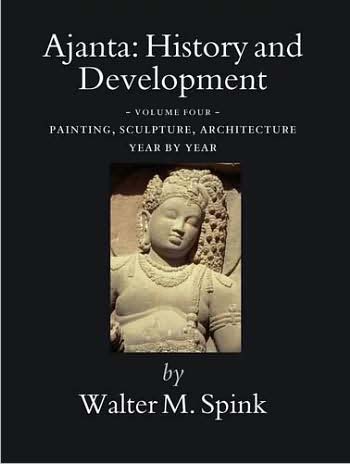 Year by Year is planned as a biography of this remarkable site, starting with the earliest caves, dating from some two thousand years, to its startling renaissance in the brief period between approximately 462 and 480.  Concentrating on the excavations of the later period, during the reign of the Vakataka emperor Harisena, it attempts to show how, after a surprising gap of some three hundred years, Ajanta’s proud and pious courtly patrons and its increasingly committed workmen created not only the greatest but the latest monument of India’s Golden Age.  Nearly three hundred illustrations, in color and black and white, reveal the exuberant flowering of Ajanta and related Vakataka monuments, as well as the manner of their sudden demise.

These photographs of the Ajanta cave complex are the indispensable complement to the text volumes of Ajanta: History and Development. With maps, timechart, ornamentation checklist, and numerous details of the art of Ajanta.