THE ARRIVAL IN THE GARDEN

The shyness of the women

Then from that city-garden they came forth

To give him pleasure, and to honor him in all obedience

And yet on seeing him in all his radiance

The silence found their voice. Their lips

Would only murmur but not sing

And tremulous fingers failed their instruments. 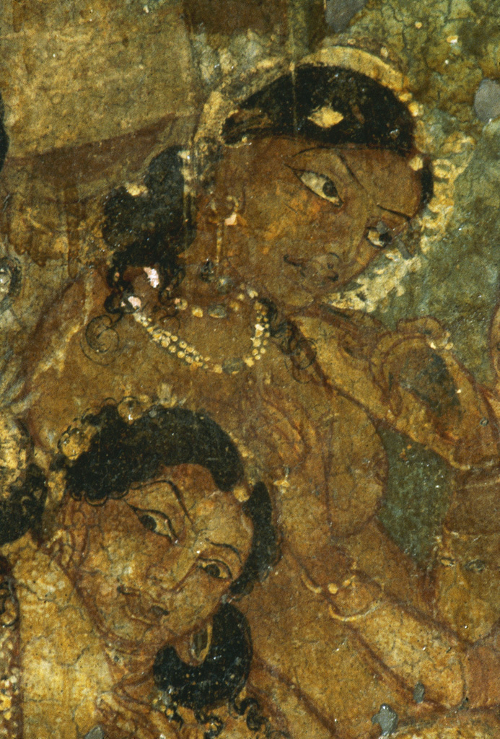 And if the wind had said, an hour before

He came upon them in a secret place

Where they were practicing a dance,

Who would have known it now? How often will man stand in awe

Of all those things with which his heart is full,

And only keep the wind’s cold confidence.

THE KING’S MESSENGER ADMONISHES THE WOMEN

Hasn’t the king, to whom you owe your very sustenance

Demanded that you show no undue reticence

In providing that most delightful of all delightful types of dalliance

To the prince? Hasn’t the king, in order that you better allure him

THE ADMONITIONS OF THE KING’S MESSENGER

Think also of the various finely prepared ointments he has given you.

Some of them, the sandalwood paste, for instance,

Are magical preparations. And what about your many fine garments?

Yet you are like wives of cowherds! Fit to endear

The cowherd only to the cow!

You who have brought low both god and seer!

You should remember, it is only the bold woman who will find the true lover.

The fearful maiden will be sad forever, no man will ever be above her.

Many are those, in forest and field, who will know love’s fever never.

But the bold woman will find her lover. They will lie together. Gently

He will lay hold upon her. Above her, forever, he will know love’s fever.

They will find each other; they will be together forever.

Moved by these words, the women, as if shamed,

Vied to attend these arguments, tried to forget their shyness

And to hide their modesty.

At first, like virgins, or those new to love,

Their blandishments were too abrupt; their looks, too much in fright;

But through the command of the king and the power of love,

And through the prince’s gentle temperament and true nobility,

They soon lost all timidity. 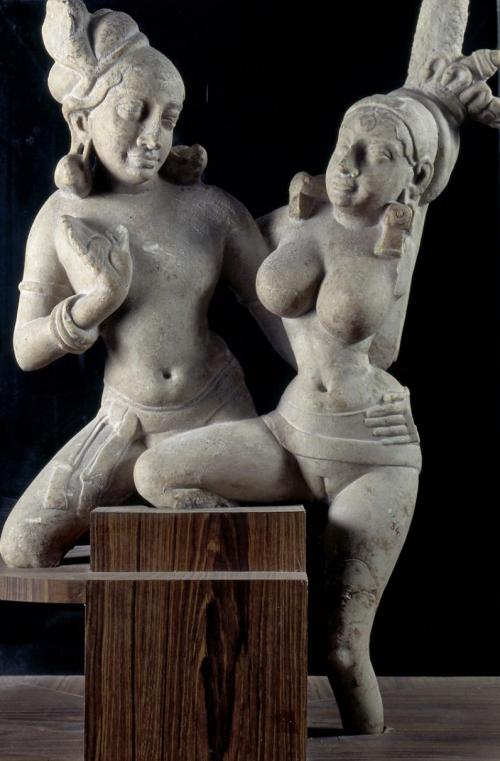 THE EXCURSION IN THE GARDEN

Then the prince, surrounded by the women,

Wandered through that beautiful garden

Surrounded by a herd of females.

The sun shone upon him

Seated upon a great mountain 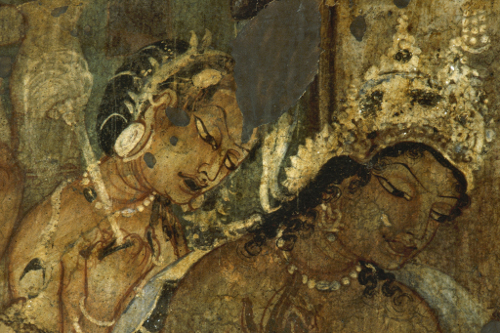 Pretending to be under the effects of intoxication

Some of the young women

Stumbled and fell against him, saying, “I am falling!”

Others wandered about here and there

Attempting to attract him by various poses

Or by rather subtly meaningful gestures.

With loosened garments, allowing their

“The wind is searching”.

And the darkness of her eyes brought out by a

“I am oiled and fragrant”.

Murmuring rather indistinctly in her excitement

The petals of various flowers still clinging to her garment,

Led him away to a secret place, saying:

“Come see, my lord, for the tilaka tree,

Encircled by this twining vine is bent

As if a girl with saffron body paint

Embraced her lord, and were his ornament! 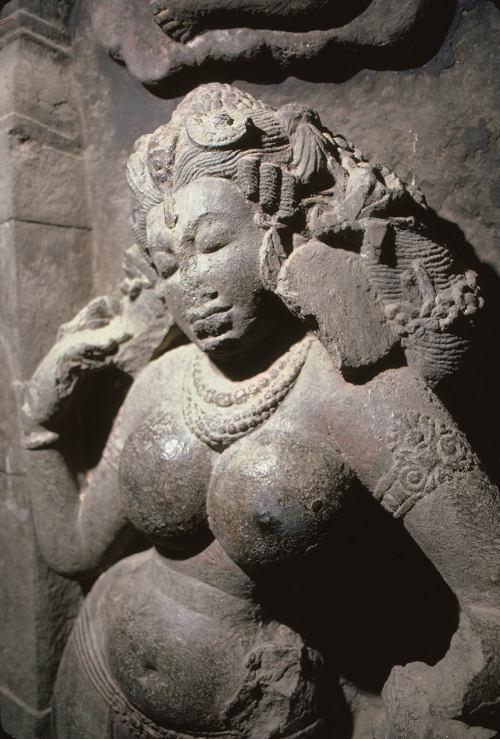 Come see, my lord, for in the mango tree,

As if its branches were their golden cage,

The birds are calling to us ardently,

Come listen, for the birds, so drunk with spring,

And in the boughs there is such murmuring

It seems the bees themselves are scorched with passion’s fire!”

Alas! he said, the thin fire dies too soon

And summer soon is gone

And yet no man shall see the spring’s return;

No man has ever built to spring a second monument;

The times of joy are joy’s and time’s lament. 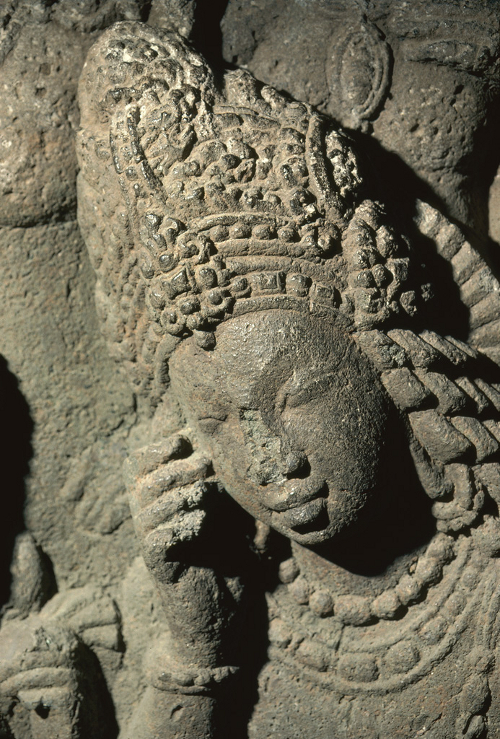