THE CONCEPTION OF THE PRINCE SIDDHARTHA 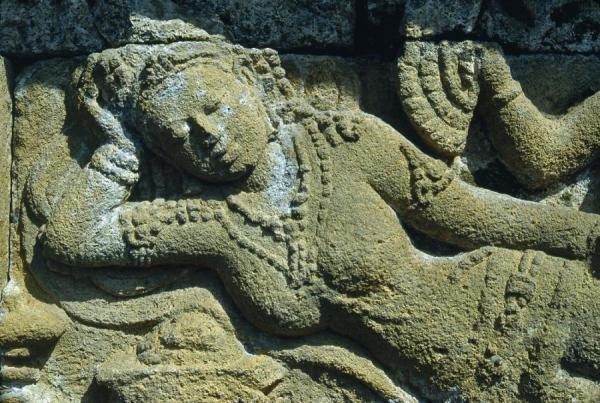 Suddhodana, I dreampt, and I was lying on my left side,

Tired from our long midsummer festival.

I had sent soldiers with jars for water

And you said, you are not strong,

You are as weary as these willows.

And the Four Guardians of the Quarters, entering Kapilavastu,

It being the season of festival,

Lifted me up and bore me far away from you,

And I awoke, as if in sleep still,

In a celestial land.

In a silver lake they bathed me, I was radiant in that mirror,

And brought me, wrapped in no robe,

Swathed in sunlight and yellow as autumn,

Into a golden mansion, on a hill of silver. 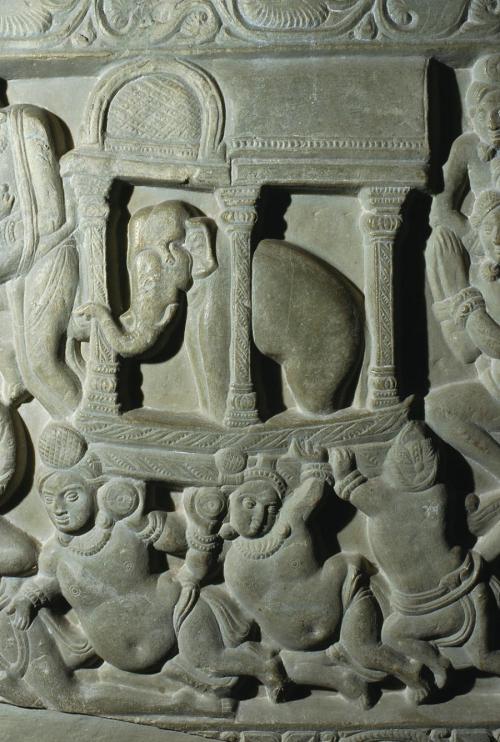 He descended from the north, bearing in his trunk a white lotus flower,

And when he entered the room, still in his trunk the white flower,

he seemed to touch my right side. His radiance,

entering into my womb, as he entered into my bower,

Filled me with joy. And now the whole has burst into bloom!

Oh, Suddhodana, is this why the mango tree has burst into bloom?

Is this why, in the still air, its petals shower around us?

Is this why this bower, tonight, is filled with the

odors of rose and lotus? Is this the reason that the sal-flower,

QUEEN MAHAMAYA IN THE GARDEN

This is the grove of the Lumbini Garden;

The season is the fourth moon;

With her attendants, adorned with pearls

And with lustrous robes, the incomparable queen,

She who has overcome desire,

Has come to take her pleasure.

Feeling the time of her delivery upon her

She reaches for a branch of the sal-flower;

And he who glows, effulgent in her womb,

And the whole garden, bursting forth,

Awakens at the moment of his birth.

On either side, the great lords of the earth

Hold the silk swaddling-cloth, receiving him;

And countless lesser gods, and men and animals,

Stand awed and marveling, attending him;

And even the great mountain which upholds the world,

Sways with the wind of his perfected soul.

Truly it is beautiful, the coming of a great being:

For the earth is then a garland of flowers! 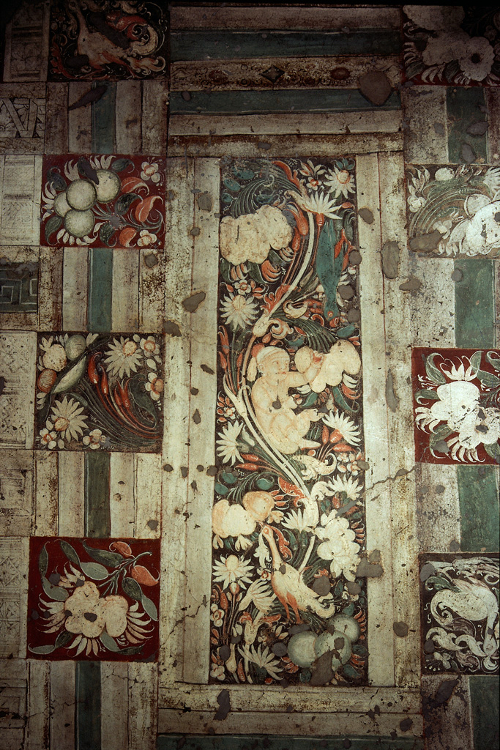 has become covered with lotuses of the five different colors:

trunk-lotuses have bloomed on the trunks of trees;

branch and vine-lotuses cover the vines and branches;

upon the ground, those lotuses which we speak of

as ground-lotuses have sprung up; the sky

is full of opening lotuses.  The earth

has truly become a garland of flowers.

Truly it is beautiful, the coming of a great being.

THE AMAZEMENT OF KING SUDDHODANA

I am the king of a region blessed with a manifold fortune,

In a season of good omen...

Three days ago, a herd of elephants, rut-maddened,

Trod the long route, unguided, from the Himalyas,

These are strange times, my enemies seem to have become submissive,

Seeking my favor, they send me amulets of gold and ornaments of lapis

My treasuries and my markets have never swelled with such abundance;

All I would do, my people praise me for, 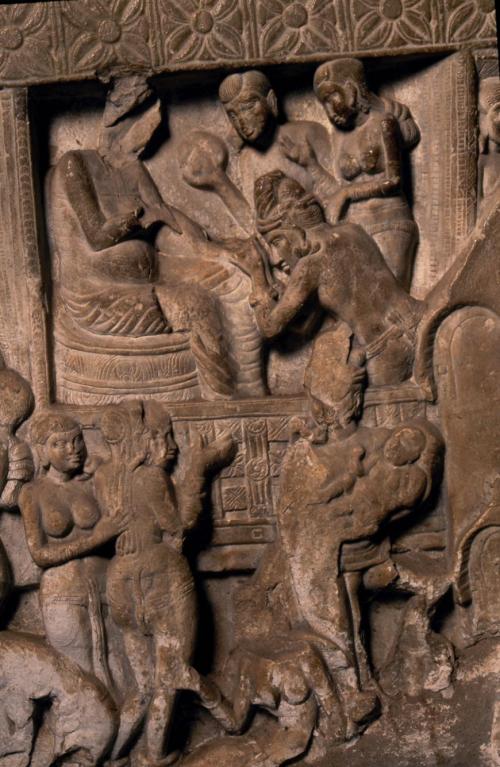 The fields are continually green from the rain;

Even without plowing, the scented grain is full of juice and substance,

In that dread hour when women are in danger as the clash of armies,

They are delivered without disease or pain, and their babies

Have the eight flower-like features...

All men are assiduous in the construction of groves and ponds;

Of gardens and wells and fountains. Many are the devoted alms-givers

All men, though they are born in passion, practice religion,

Observing the four purities. And my cities, under their own dominion,

I am the king of a region blessed with a manifold fortune,

In a season of good omen.

OCCURENCES AT THE TIME OF THE NAME-CEREMONY

And there were eight brahmins also,

Who at the time of the name festival

Were called to see the child;

And given, in festival,

Fine rice in honey, and milk,

And garlands of champak flowers;

And each was given

A certain number of mature animals,

With many fine instruments,

And followed with wind instruments...

Yet I almost wish they had not come.

Lately, I have been much troubled;

For there was one, an old brahmin,

Great in the knowledge of ancient writings

And in all the sciences of prophecy, 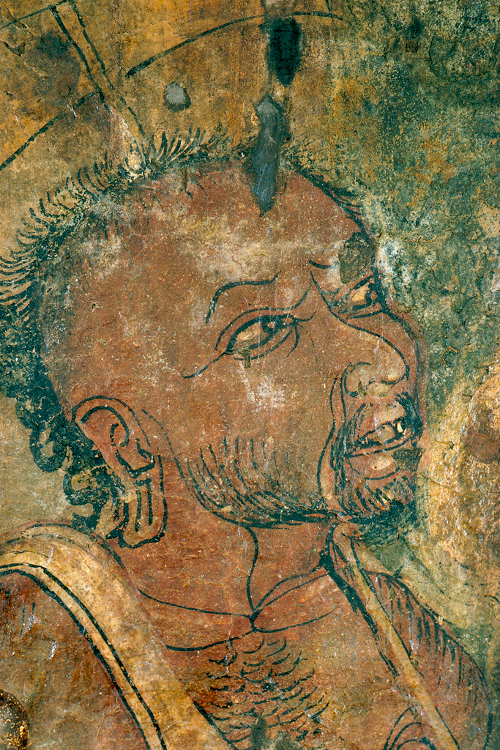 WHAT THE SEER SAID

Before his youth is gone,

if he shall have seen the terror of the dying;

if he shall have seen the feverish shadow

Lift at the sound of dancing;

And, wherever there has been beauty,

if he shall have found Time slowing garnering;

Then, filled with sympathy

(If only he has seen these few things)

He shall renounce his claims to royalty

into the enclosing forest.

And the path he shall seek is the pathway

Which is the end of all misery,

It is a pathway greater than the pathway of kings.